John-Mike Reed aka Dr. Bleep has been designing and manufacturing synthesizers in Austin, TX since 2006

His first product, the Thingamagoop was designed with the help of Goopymart who had the brilliant idea of putting a face on Dr. Bleep’s weird noise boxes.
Since then John-Mike has designed and produced all kinds of noise and light gizmos, collaborated with fantastic musicians, and taught workshops on DIY electronic art and more. 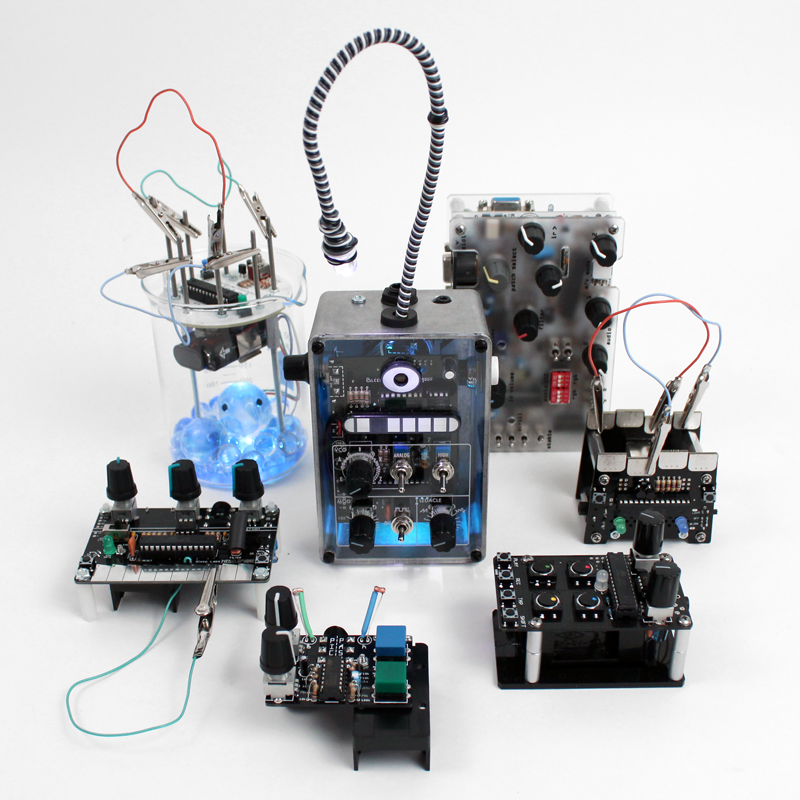 Design and constrution assistance for The Angry Cloud also at Hopsotch

dadageek “Intro to Arduino for artists” spring and fall sessions

Dadageek fall session of “Making light and sound with Arduino”

Handmade Music Austin at the UTVAC

Talk and performance at OFFF Paris

Designed and produced awards for Sourceforge

Galley lombardi “Electricity and Me”